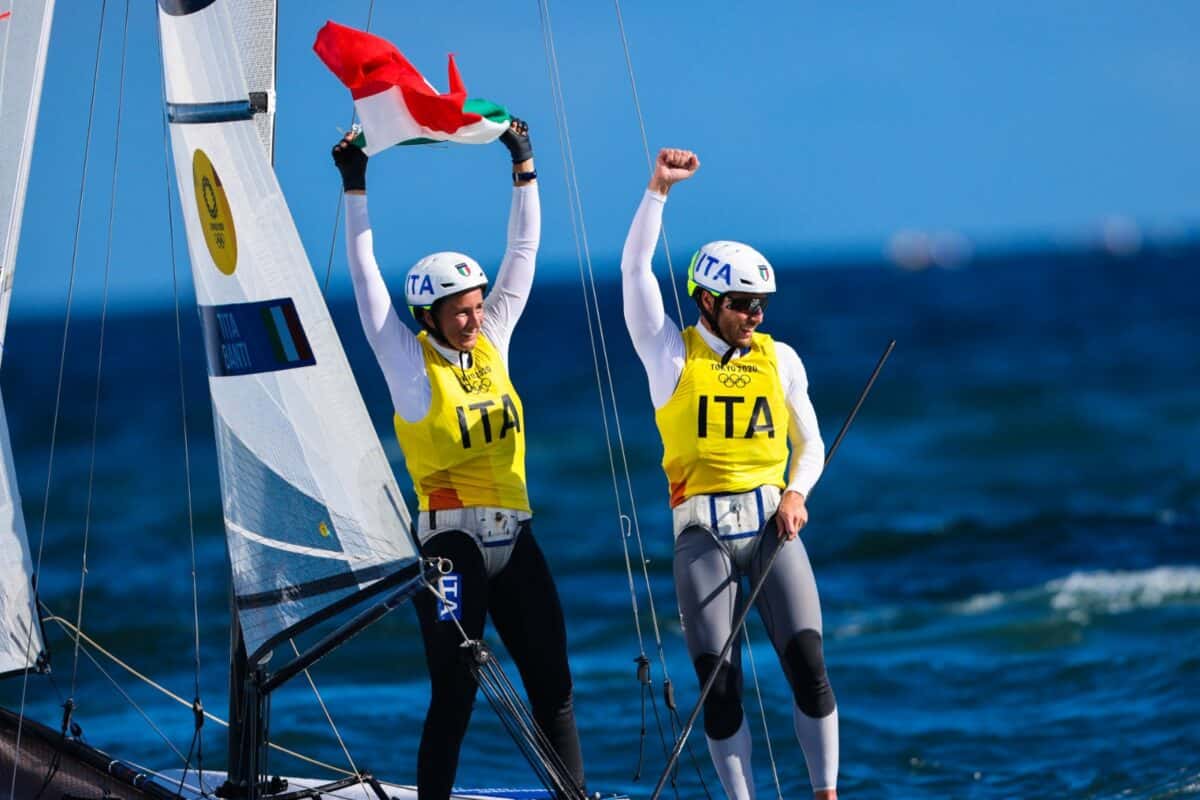 We are thrilled to announce that Ruggero Tita and Caterina Banti (ITA) won the mixed foiling Nacra 17 Olympic title at the Enoshima Yacht Harbour today. The Italian duo crossed the line at Enoshima Yacht Harbour in the sixth position, scoring 12 points, which were enough for them to take the title. Before the competition, Tita and Banti were set to secure  gold or a minimum silver medal as they had a 24-point lead over Germans and 20 points were the most that could be awarded. 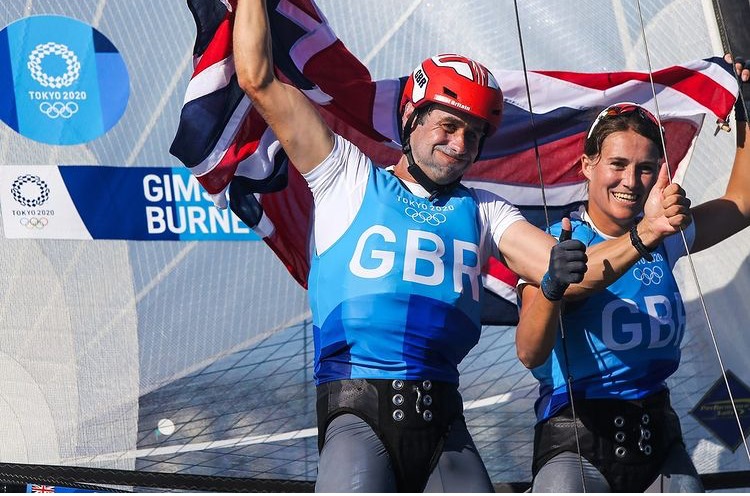 The British pair, John Gimson and Anna Burnet finished fifth in the medal race that gave them 10 points for an overall total of 45 and the silver medal. Gimson (39) is the oldest British medallist in sailing at the Olympic Games since 1992, and this year, together with Anna Burnett, he sailed a beautiful series at the Tokyo Olympics. 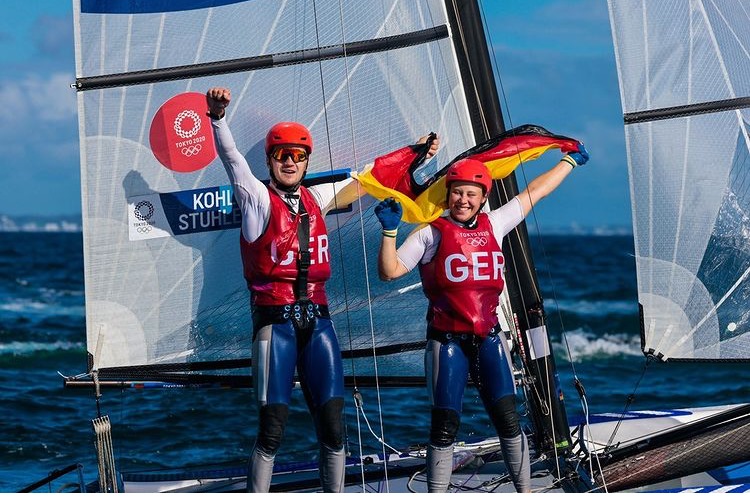 On the other hand, the German duo Paul Kohlhoff with Alica Stuhlemmer faced tough challenges due to the penalty received by them at the start line. Halfway through, they had dropped to fourth overall as the Australian duo of Jason Waterhouse and Lisa Darmanin, the former silver medalists from Rio, were far enough ahead to push the Germans down in the overall rankings. However, they fought hard to recover and managed to cross the line in the medal race in eighth, scoring 16 points, obtaining a total of 63 points and the bronze.

In all respects, it was an exciting and unforgettable event that saw some intense racing all around the racecourse, as all Nacra 17 teams spent much of the covid year training and preparing for this event and aiming to secure a spot for themselves at the event. We congratulate all the winners, Ruggero Tita and Caterina Banti (ITA), John Gimson and Anna Burnett (GBR), and Paul Kohlhoff and Alica Stuhlemmer (GER), and the Olympians who participated at the Tokyo 2020 Olympic Sailing Competition. 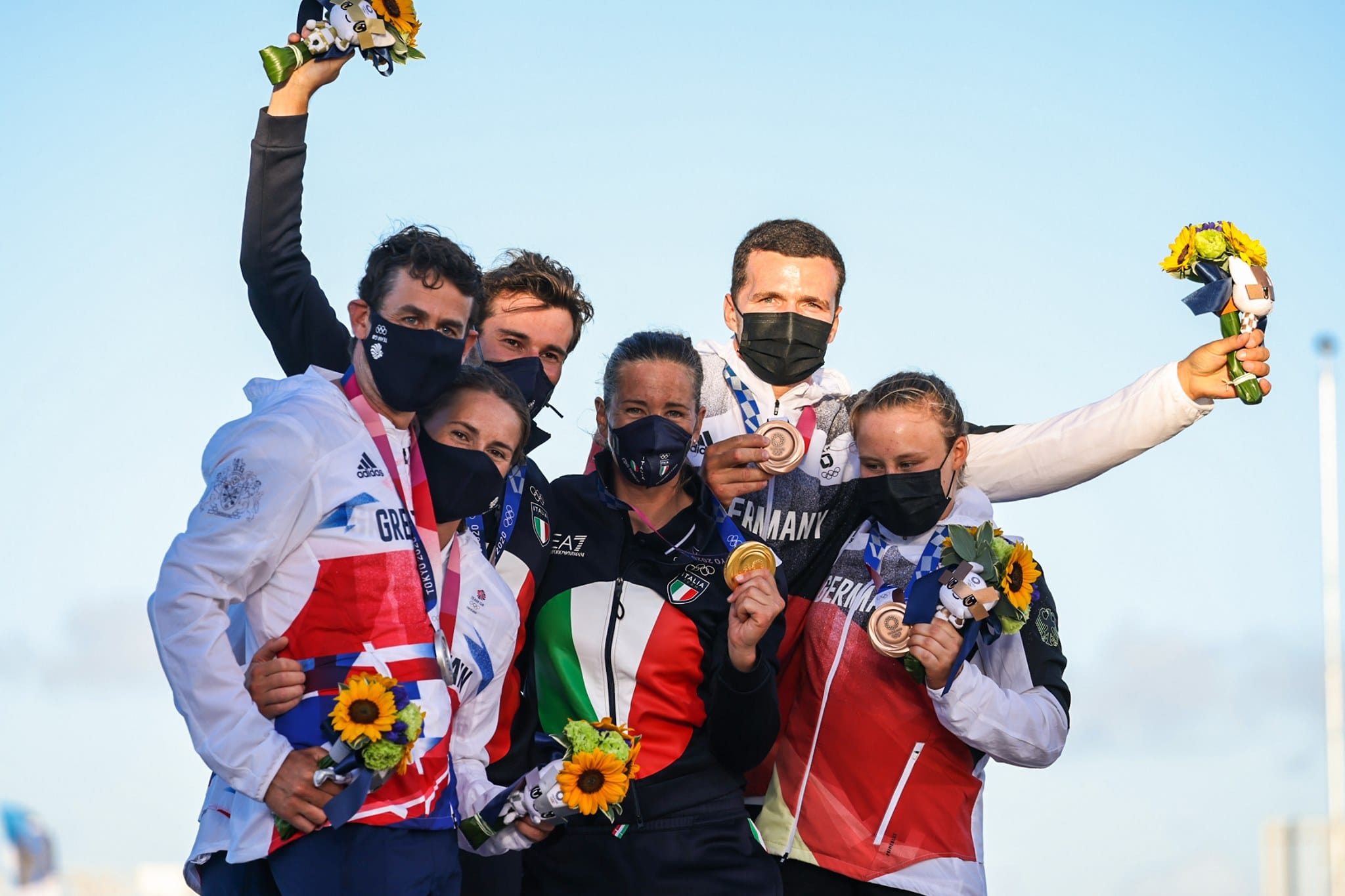 Nacra sailing would also like to extend its heartfelt thanks to the entire organizing authority for putting together this successful event even during covid times. Gold stars to you! 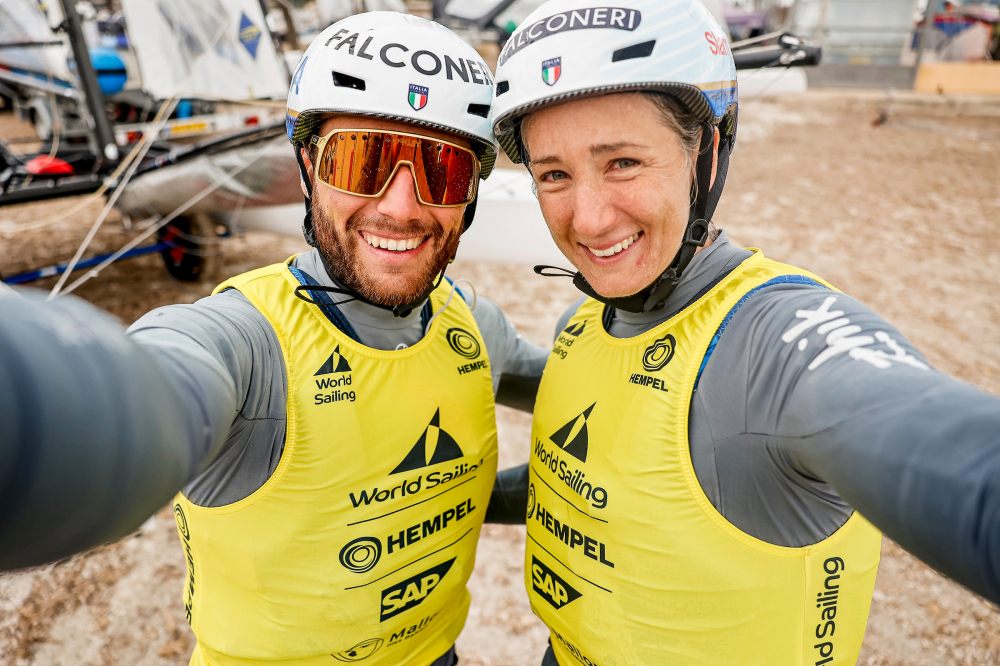 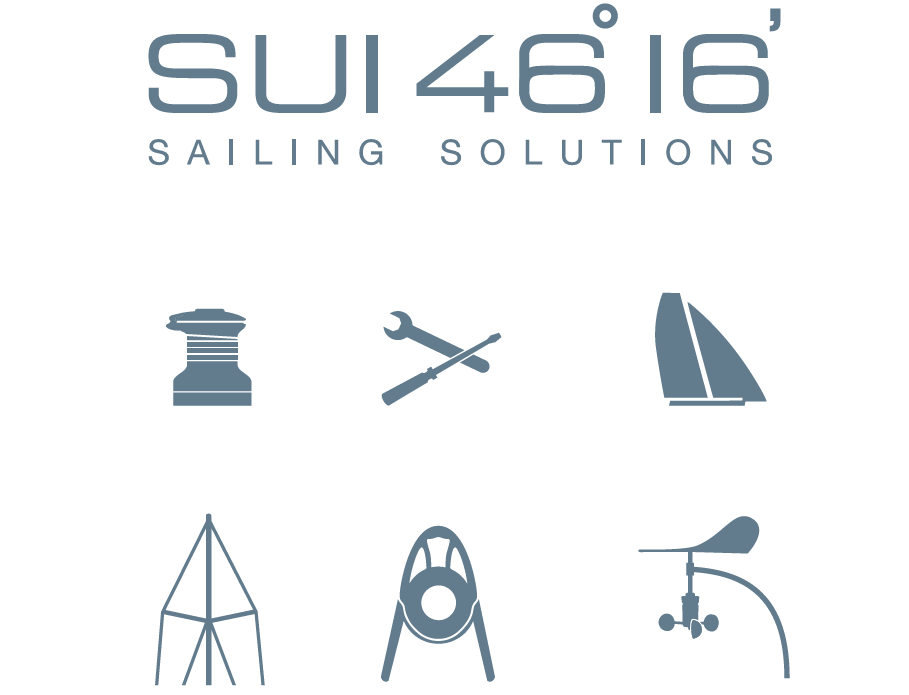 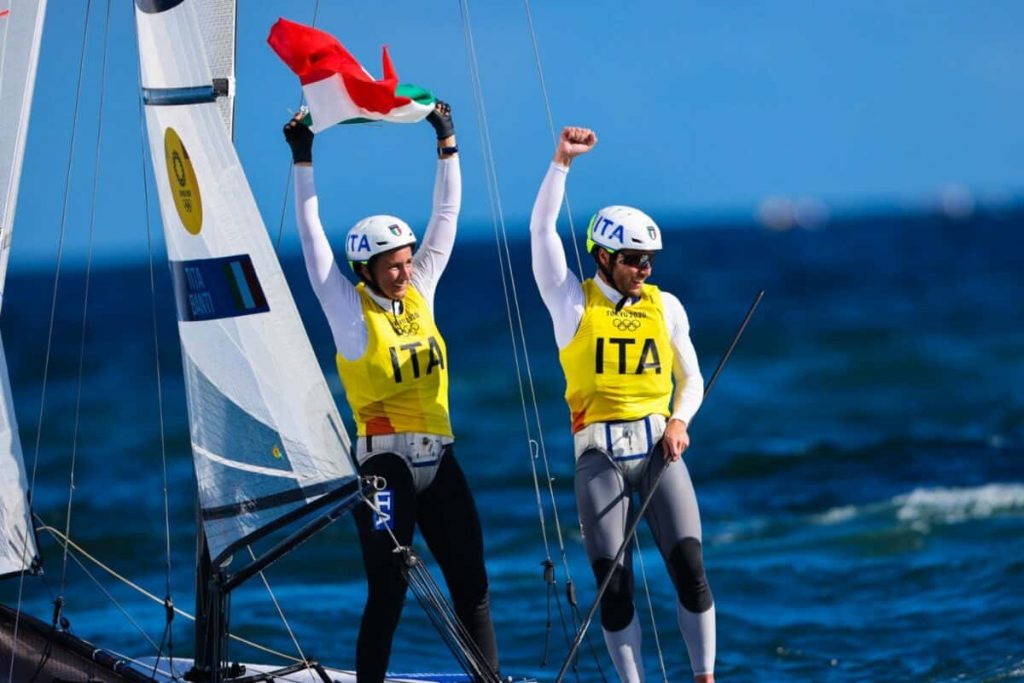